The KICK-OFF meeting and the press conference 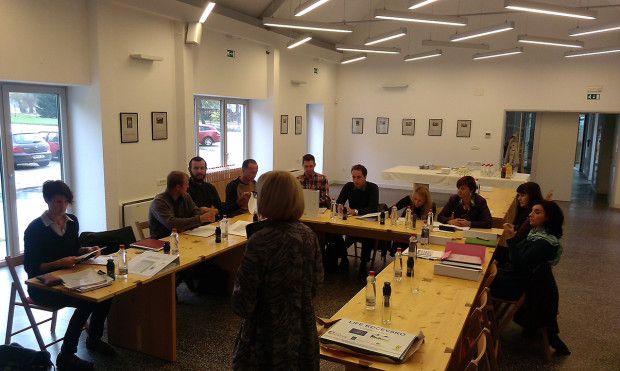 On 16 and 17 October 2014, the Municipality of Kočevje as a leading partner of the LIFE Kočevsko project: LIFE 13/NAT/SI/000314 organised the initial two-day Kick-off meeting of the project partners held in the close vicinity of the Kočevsko Lake on the premises of the Jezero tourist complex. The meeting was attended by all representatives of the partners involved who presented their organisations and roles in the project in detail. They determined a basic concept of financial reporting and set up the baselines for web page construction and corporate identity. With the assistance of external experts the drafts for the preparation of a detailed process and communication plan for the whole duration of the project were drawn up, the governing and expert boards were appointed, and the concrete action plans for implementing the foreseen project activities were presented.

In the scope of the Kick-off meeting, the press conference was also convened on 17 October for representatives of different local media and others. Initially, the Kočevje deputy mayor and the LIFE Kočevsko project manager, Lilijana Štefanič, gave the journalists basic information sheets about the project. She recapitulated the content and objectives of the project, while the representatives of project partners Darij Krajčič, PhD, director of the Institute of the Republic of Slovenia for Nature Conservation, Živan Veselič, MA, Head of the Department for professional matters, Bojan Kocjan, MA, Head of the Slovenia Forestry Service, Kočevje Regional Unit, and Maja Rupnik, director of the People’s University of Kočevje also offered additional explanations to the press and answered various questions.

Posted On 8. 12. 2017
Within the LIFE Kočevsko project, three nature observatories in the immediate surroundings of lake Reško will be set up. They will be available to visitors…

Feeding fences for the western capercaillie

Posted On 15. 5. 2017
In the previous months Slovenian Forest Service employees finalized the determination of locations for 5 western capercaillie feeding fences in size of 3,5 ha.…